Acupuncture is growing in popularity, and is an accepted form of complementary, holistic medicine for people throughout Eastern and Western medicine. Research on conditions such as arthritis in people has shown that acupuncture has definite pain-relieving effects, improves circulation and aids healing.

Acupuncture is also being used by more and more vets and trained Animal Physiotherapists to treat a whole range of problems in pets, and especially dogs, just as in the human world. It is vital that acupuncture is only performed by a trained acupuncturist and therefore safe and effective. 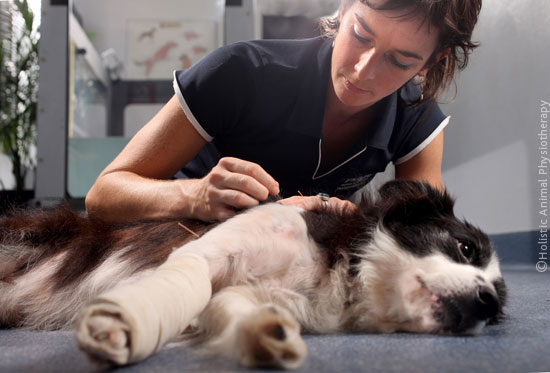 Read my article in the North Coast Veterinary Specialists (NCVS) newsletter, below:

What is Canine Acupuncture?

Acupuncture is the insertion of extremely fine needles into specific points on the body, and is part of one of the world’s most ancient systems of medicine – Traditional Chinese Medicine. Acupuncture was developed in China over 4000 years ago and is still one of most commonly used medical systems in the world- across Eastern and Western medicine.

How does it work?

Traditional Chinese Acupuncture (TCM) techniques are believed to produce an abundance of good health effects by enhancing or restoring the natural flow of energy (qi) in the body. According to acupuncture theory, qi circulates along meridians, or pathways. Each of these meridians links to internal organs and organ systems. Acupoints are the hundreds of spots along the meridians where needles can be inserted to stimulate the flow of qi, primarily affecting the muscular, skeletal, hormonal and cardiovascular systems.

Medical research has demonstrated that it can elicit a strong multi-system physiological response. Modern practice often uses a modified or Western approach to acupuncture, which is based on modern physiology and anatomy instead of the ancient ‘point’ system. Brooke has been trained in both concepts and applies the knowledge of the traditional practice, with the evidence base and clinical applications of the Western approach.

Today, acupuncture is becoming increasingly popular as its effectiveness in dogs in a variety of conditions has been demonstrated, especially of the musculoskeletal system.

The joy of treating dogs is that they do not have needle phobias like people! The needles used for acupuncture are tiny, a fraction of the size of a normal hypodermic needle. Over 95% of patients are comfortable with acupuncture, including most of those whose owners do not initially believe they will tolerate it, as it is not generally painful and actually has a great sedatory effect. Simply put, acupuncture makes a dog relax and feel good.

What Evidence is there that Acupuncture on Dogs Works?

The usual treatment for spinal disc herniations (‘slipped discs’) is medications with or without surgery. Acupuncture has been found to be beneficial in the great majority of cases, and its effect is comparable to that of surgery (Janssens 1992; Hayashi 2007). If surgery is not recommended by your Veterinary Surgeon, Physiotherapy and Acupuncture may prove extremely beneficial.
Recent Research has shown the benefits of Acupuncture in treating Intervertebral Disc disease:

Acupuncture was found to be beneficial in cases in which analgesics and anti-inflammatory medications have been ineffective or have demonstrated side effects, and surgery not recommended. It provides long-term pain relief and also increases circulation to the affected areas and decreases inflammation (Schoen 1992).

What is a TRIGGER POINT?

Trigger points are areas of increased sensitivity within a muscle which may be related to joint pathology, visceral pathology and nervous system pathology. There are local tender spots located in a band of skeletal muscle that produce pain on compression, felt locally but can also evoke pain in a referred pattern (Travell and Simons 1993). They may be associated with pain or lameness.

Factors such as arthritis, trauma, stress, postoperative status and infection may predispose to the development of trigger points in animals (Schoen 2001). They may cause a reduction in range of motion and as in humans, may be co-localised with acupuncture points (Janssens 1992). The use of an acupuncture needle (dry needling) to release trigger points may be used rather than a massage technique. Excellent results and complete recovery were observed in 34 lame dogs (60%) with trigger point therapy (Janssens 1991).

Trigger points are often more easily treated with the use of a needle with more comfort.

I feel the best approach is a combination of the best aspects of both Eastern and Western medicine – an approach now known as ‘integrative’ medicine. 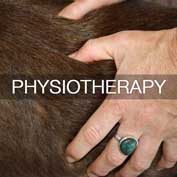 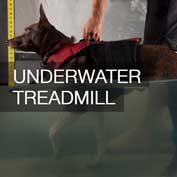 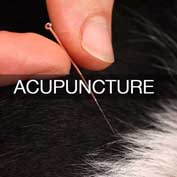 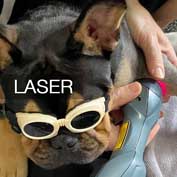 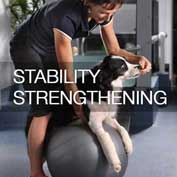 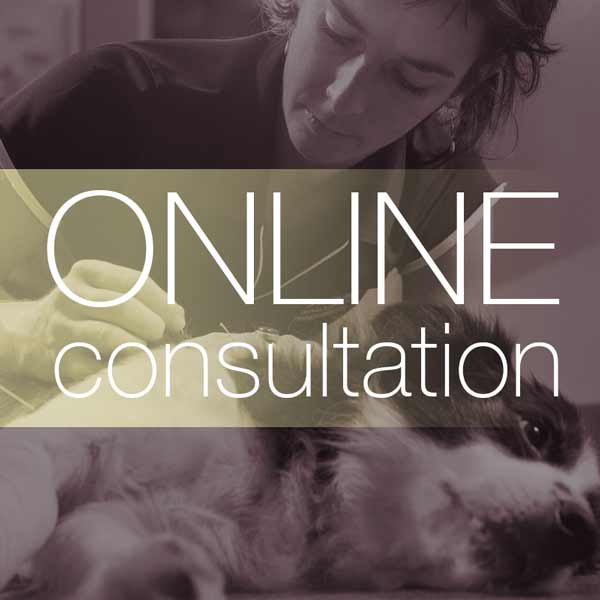 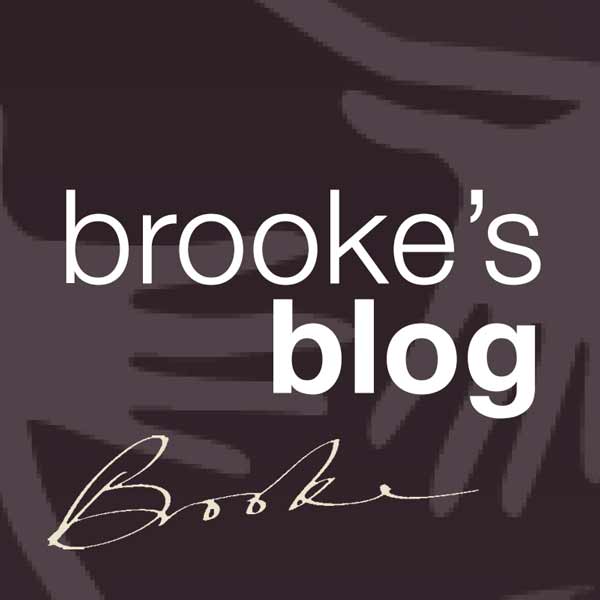 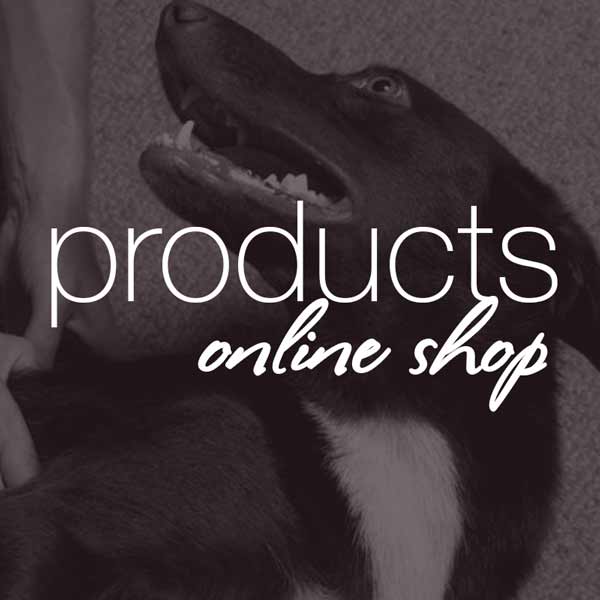 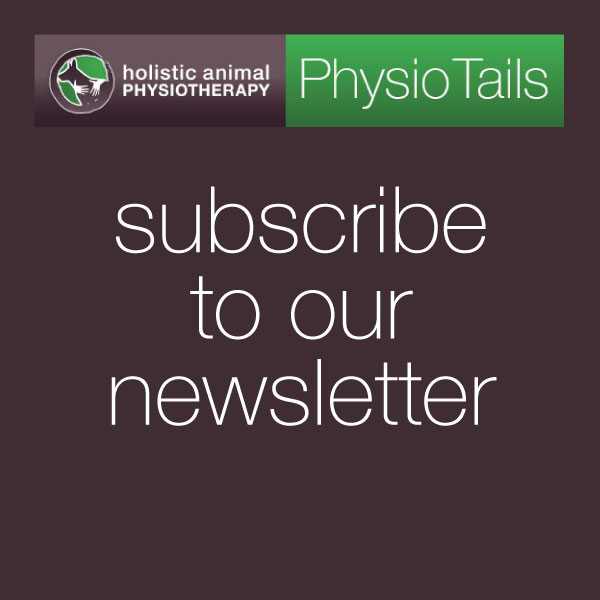 Providing Physiotherapy for animals - all creatures great and small